The National Heritage Areas Act: Now is the Time

The Living Landscape Observer offers commentary and information on the emerging field of large landscape conservation. This approach emphasizes the preservation of a “sense of place” and blends ingredients of land conservation, heritage preservation, and sustainable community development. The term “living landscape” is used because it does not reflect any existing designation or program, but rather captures the broad interests of land conservancies, heritage areas, watershed organizations, long distance trails, community based tourism initiatives, and the many other organizations and individuals that are coming together around regional and place-based initiatives.

The value of the Living Landscape Observer is how well it meets the need of you who are working on the ground and in a place. Join us by commenting, sending us news and events or consider becoming an Occasional Observer. We want to hear from you.  Get Involved! 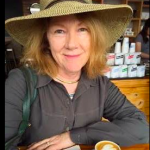 I have spent my working life in the fields of conservation, historic preservation, and recreation. For the past twenty years, I have had the good fortune to be involved in developing the field of landscape scale collaborations from heritage areas to conservation landscape initiatives. I have served as the Director of Recreation and Conservation in the Pennsylvania Department of Conservation and Natural Resources (2007-2011), the National Coordinator for Heritage Areas for the U.S. National Park Service (2001-2007), and the Director of Pennsylvania’s Bureau of Historic Preservation (1979-2000). I am currently a Board member of US ICOMOS, a member ICOMOS Scientific Committee on Cultural Landscapes, and of course editor of the Living Landscape Observer. 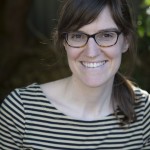 I have a passion for the study of history, place, and community. My training is in public history and I have worked for a variety of nonprofits and federal government agencies. I completed my PhD in U.S. History at the University of Washington in Seattle in August 2018. My research focused on connections between economic change and environmental policy in the decades after World War II, with an emphasis on how shifts in production and consumption affected protected area management.

The Living Landscape Observer invites practitioners in the field to contribute events, information, and features on living landscapes.

Mary Means is nationally known for her leadership in heritage development and planning. Prior to forming her firm Mary Means + Associates, she was vice president of the National Trust for Historic Preservation and led the team that created the National Main Street Center.

Interested in becoming an Occasional Observer? Find out more here.