The English Lake District: World Heritage Designation One Year In

Established in 2006, the Partnership currently consists of 25 organizations representing the region’s public, private, community, and voluntary sectors. Its vision and the Partnership’s  Management Plan, was the foundation of the World Heritage nomination. What is most remarkable about the partnership is that it was created without statutory authority or any governmental mandate. Not only did the group prepare the most recent plan to backstop the nomination, but it also is the vehicle for carrying out the strategies to conserve resources and ensure that the site’s Outstanding Universal Values are protected. 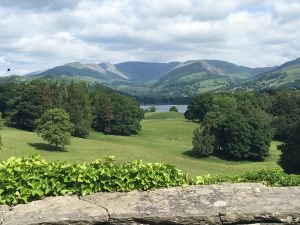 In recent discussion with Partnership leaders responsible for implementing the Lake District management strategy, they provided several examples of the value of this partnership approach. When a controversial zip line was proposed across the Thirlmere Reservoir, the National Trust took the unusual step of opposing a project that would not directly impact a property in their ownership. They took the position that the English Lake District National Park should be looked as a unitary resource to be conserved in its totality. The fact that it was now a World Heritage site certainly reinforced this position. In the end the owners of the reservoir, United Utilities, who were also a member of the Partnership determined that the visual intrusion of the project was unacceptable.

The Partnership also has provided a flexible management structure. While the Lake District National Park Authority is the planning authority and the statutory body responsible for managing the national park and the  World Heritage site, recent cuts to National Park budget’s, up to 40% since 2008, have impacted the  Authority’s ability to  deliver services. This had led another partner, the National Trust (the major land owner in the park),  to play a more central role and  to step up its efforts to help out. One example, the Trust has led the discussion within the Partnership regarding a vision for the thirteen valley landscapes in the Lake District over the next fifty years.  This has been challenging for the partners (some of which are self-confessed single-issue lobbying groups).  The task of coordinating the questioning and working with the responses to work up something tangible has fallen to the National Trust who volunteered to co-ordinate a vision and action steps for the region by developing a plan for Sustainable Land Management. While such a visioning exercise might have fallen to the National Park Authority in the past, the Trust volunteered itself and employed additional staff for that purpose.  The approach has been worthwhile in establishing a starting point for the future conservation of these landscapes. 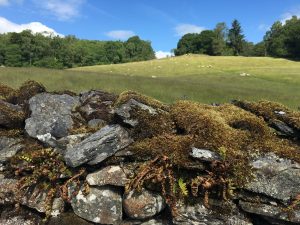 So, the verdict is that the Partnership is working effectively to manage and conserve the national park and the newly designated World Heritage site. However, dealing with outside forces that may impact the Lake District is much more problematic. And in the front of the line of pressing issues is Brexit.  What will it mean for the country’s agricultural policy? This particularly important for the Lake District – as it is noted in the World Heritage nomination the region is an “unrivalled example of a northern Europe upland agro-pastoral system” which is also  ”a land use that continues to today in the face of social, economic and environmental pressures.”

Brexit means leaving the well understood if not always popular rules and subsidies of the European Union’s Common Agricultural Policy and forging a new direction for British agriculture. Getting this new policy right is important as British farming supplies 60% of the nation’s food and uses 70% of the land area. In February 2018, Michael Grove, Secretary of State for Environment, Food and Rural Affairs, rolled out an ambitious white paper Health and Harmony: The future for food, farming and the environment in a Green Brexit  setting  forth an approach that claims to promote both environmental protection and profitable food production in service of a healthier society. The details of this over 50-page consultation document are too extensive to summarize here. However, the direction is to move away from a system of direct payment for production and reward other public goods such as environmental conservation. Of real interest to the Lake District, the document specifically recognizes the challenges of farmers in “the most remote and wild and beautiful parts of England” and calls out the environmental and cultural values of the rural landscape and the traditional way of life including the  upland environment.

There is much to like in this report starting with the title. The United States could learn a lot by studying the ideas proposed that meld food security, environmental conservation, and rural prosperity. The value placed on the cultural landscape and on such qualities as beauty never appear in any US farm policy document that I have ever seen. While recent US Farm Bills now offer some hard-fought financial support for better  wildlife and water management, proposals to offer financial support to sustain beauty, heritage, and the rural historic environment are unheard of on this side of the pond. It should be noted that this report is only the first step. There is still some time left as the government’s proposal is to maintain the current level of agricultural subsidies until 2021 and to have  a gradual transition of payments thereafter.   However, at a national level it cannot be said that Brexit negotiations are going smoothly and this will inevitably affect the agricultural sector.

Yes, the number of farmers impacted by Brexit in the Lake District is small, estimated at just a few hundred families, but sustaining their way of life is essential to maintaining the landscape’s  Outstanding Universal Value.  All eyes are on the future of farming in these unsettled times.