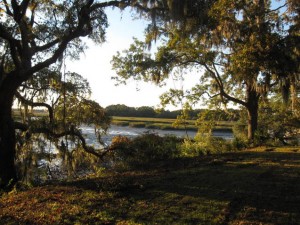 I’ve had a lifelong affinity for South Carolina’s Low Country (there are Means family buried in the Episcopal Church yard in Beaufort) and one of my earliest memories is of the golden marshes and moss-draped live oaks. For the last year, a volunteer assignment has taken me to St. Helena Island numerous times. There, we have guided the recently adopted strategic plan for Penn Center that will assure it continues to serve the Gullah Geechee communities. Begun in 1862 as Penn School, one of the first schools for Africans (they were still enslaved; this area of the state was occupied by the Union Army throughout the Civil War), this National Historic Landmark was struggling as it approached its 150th celebration. Though the transition may at times be difficult, Penn Center’s leaders are successfully moving to a much stronger and more sustainable condition, on course to a much brighter future.

Steeped as I have become in the this fascinating place, and having led the consultant teams for management plans for several National Heritage Areas, I’ve been looking forward to reading the recently released Management Plan for the Gullah Geechee National Heritage Corridor, for Penn Center is smack dab in the middle of it. Moreover, St Helena Island is one of the strongest concentrations of Gullah Geechee people. Here is one of the few remaining distinct peoples who can trace their beginnings to the west coast of Africa, mostly what is now Sierra Leone and Angola. Penn Center’s mission revolves around preserving and interpreting Gullah Geechee history and culture.

Sprawling coastal development continues to decimate many of their communities; physical evidence of their existence is fading fast all along the coast. Penn Center and St Helena Island are probably the most intact remaining cultural landscape in the Low Country. With the inevitable diaspora, language and cultural practices also disappear. The ability of people to hold on and stay here hinges as much as anything else on the ability to make a living. Bringing appropriate economic development is key; heritage tourism represents a promising albeit complex opportunity. So, time is of the essence if current and future generations are to be able to hold on to their traditional communities.

If ever there was a cultural landscape worthy of being a heritage corridor, it is this one – especially in the Low Country. Local and regional leaders fervently hoped national designation would bring badly needed public exposure, funding to preserve, interpret and market the corridor’s sites and communities, and greater clout when advocating for the preservation of fragile communities. In 2004, the Corridor made the National Trust for Historic Preservation’s Eleven Most Endangered Sites list. 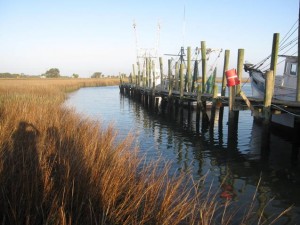 Legislation to create the GGNHC was first introduced in Congress in 2000, and it was finally designated in 2006, with the designation set to end in 2021. The process of creating the corridor management plan has been managed by the National Park Service in cooperation with the 21-member Commission established to oversee the corridor. The plan document is nearly 300 pages long and reflects a great deal of work and public involvement. I’m sure it fully meets NPS standards for planning, which seem to revolve around counting, studying and consulting – always mindful of not committing NPS to anything too specific, being voluminous in documentation and lofty goals, while micrometer thin when it comes to implementation. It has taken six years of the NHC’s fifteen-year shelf life to get to this point. Buried deeply in it is the acknowledgement that funding will have to come from elsewhere. Remember, NPS funding for national heritage areas is roughly $18 million dollars. Today, there are 49 designated heritage areas all scrambling for crumbs of the budget pie. Six years of planning fatigue and high hopes. Now what?

Partnerships. When there is no money, the solution always offered is partnerships. Throughout the GGNHC Management Plan it is a major theme: to work with existing sites and organizations, to bring financial resources and technical assistance, to make marketing efforts more effective. Yet nowhere in the plan is there a realistic assessment of who those key partners must be for this to succeed. There are hundreds of organizations and agencies – NPS even notes “too numerous to list” in the plan itself. Apparently the planning process did not involve actually identifying, much less brokering a couple of these key partnerships. 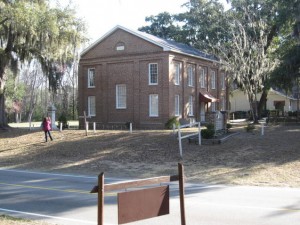 If the survival of the communities of the GGNHC must depend on partners, shouldn’t the planning process have focused less on NPS internal policies and more on what might motivate some of those key entities to invest in priority initiatives in the Corridor? Shouldn’t it help articulate the benefits that could come to a few key “others” for becoming an active partner in achieving the visibility and interpretive infrastructure the Corridor badly needs?

In addition to the economic climate of our times, there’s another hurdle for the GGNHC. During this same time-frame, Charleston struggled to explore the feasibility of a capital campaign to build an International African American Museum. Research for the campaign revealed the daunting task of raising millions in a state that has not even begun to process the legacy of slavery and its resultant climate of racism. The sad truth is that preservation of cultural landscapes that are predominantly those of the descendents of slaves is painful and does not touch the hearts and wallets of preservation’s traditional philanthropists.

Penn Center is one of those struggling Gullah Geechee sites. Its story is one of blacks and whites working together during the Civil War, through Reconstruction and the Jim Crow era, into the Civil Rights movement and beyond. Its newly adopted direction builds from these roots. As a National Historic Landmark with a rich association with education, self-sufficiency, community building, civil rights and social justice, Penn Center can play an important role in bringing the Gullah Geechee NHC into being. Penn’s leaders believe there is mutual benefit to be had in becoming a strong partner to the Commission, to the best of its own ability. Discussions will soon begin about how best to achieve it.

Mary Means is nationally known for her leadership in heritage development and planning. Prior to forming her firm Mary Means + Associates, she was vice president of the National Trust for Historic Preservation and led the team that created the National Main Street Center.